I've always been interested in fireworks and how they're made. I'd try to see the people setting 'em up when I was a kid. I'll watch the fireworks shows that come on TV. But what I really wanted was to (safely, legally) launch pro-grade fireworks myself.

Well, I finally got my chance. 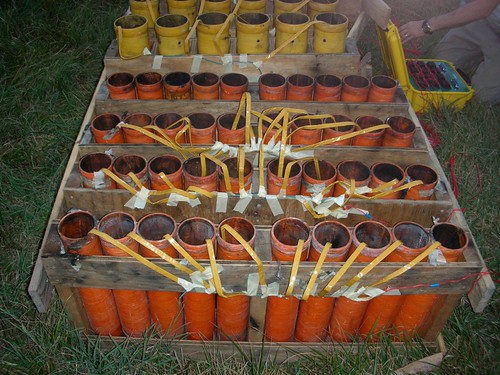 Here's part of a rack of mortars I loaded. The shells were strung on some Visco (cannon fuse) to light them off, one after the other, with the spacing along the fuse setting the delay between shells. Then I attached some quickmatch (fast burning fuse) to the Visco, and handed them to another person, who attached the electric match to light the quickmatch remotely when it was time to fire that cue.

Then I went out in the 90°+ sun and put the shells into these mortars. 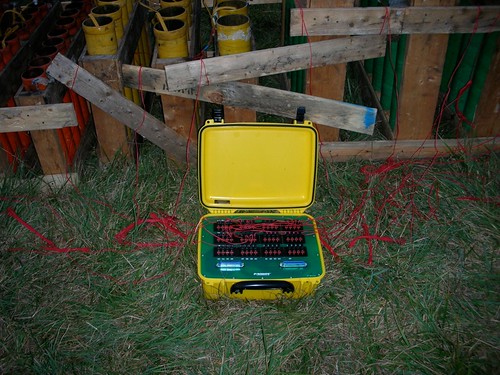 Then one of the guys asked "do you know anything about electricity?" Yeah, I'm all about the electricity, so he showed me how to anchor the lead wires, strip off the insulation, untwist the safety short, and attach them to the firing box. He watched me do a couple of them, said "you're a natural", and left me to it.

The next night, all this stuff went up in the sky. Whoo! Originally posted at Dreamwidth.org